Parental reassurance and nutritional solutions are the cornerstone of effective management of functional gastrointestinal disorders (FGIDs) in infancy. Based strictly on its definition, FGIDs is not a disease, says renowned paediatrician, Professor Yvan Vandenplas, of the University Hospital Brussels in Belgium. In the absence of disease, there is no need for pharmacotherapy, he explained. 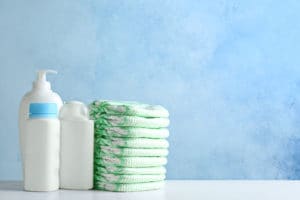 The pathophysiology of FGIDs is multifactorial and poorly understood. This leads to limitation in the therapeutic process, which often results in unnecessary and alternative treatment methods aimed at reducing caregivers distress. Unfortunately, this increases financial costs for families and the national health service.

Functional gastrointestinal disorders are made up of a heterogenous group of disorders. The disorders are considered to result from the interaction of altered gut physiology and psychological factors via the gut-brain axis, where brain and gut symptoms are reciprocally influencing each other’s expression. Intestinal microbiota, as part of the gut-brain axis, plays a central role in FGIDs, said Vandenplas (1).

Even though there is increasing research on the microbiota-gut-brain axis, the understanding of the underlying mechanisms remains limited (2). It remains unclear which pathways are involved in the communication between the intestinal microbiota or specific bacterial strains, the gut, and the brain. There is evidence suggesting that in some patients, the gut microbiota plays an important role in the development and maintenance of FGIDs. Probiotic supplementation may have a beneficial value, but current clinical data remains controversial. This may be attributed to heterogeneity in underlying pathophysiological mechanisms and the use of multiple probiotic bacteria with divergent mechanisms of action, as described in animal models, and which may not directly apply to the human condition. Future research should analyze whether specific probiotic supplementation should be tailored to a particular host’s microbiota and whether the administration of a single strain is more beneficial than strain combinations.

Management of FGIDs in infancy should be initiated with parental education and reassurance, followed by proper nutritional advices (3). Breastfeeding is recommended and supported, even in cases where infants have persistent and severe FGIDs. In non-breastfed infants, special infant formulas may be given if reassurance and advice on nutrition­, feeding volume and frequency of milk intake, fail.

Breastfeeding is the best nutrition for healthy growth and development of babies. Exclusive breastfeeding for six months is the optimal way of feeding infants. Thereafter infants should receive complementary foods with continued breastfeeding up to two years or beyond. Mothers should receive guidance on proper maternal nutrition in order to help sustain an adequate supply and quality of breast milk. Unnecessary introduction of bottle-feeding, partially or fully, or of other complementary foods and drinks may have a negative impact on breastfeeding, which may be irreversible. Mothers should consult their doctor and consider the social and financial implications before deciding to use breast milk substitutes or if they have difficulty breastfeeding. Usage, preparation and storage instructions of breast milk substitutes or of other complementary foods and drinks should be followed carefully as improper or unnecessary use may pose a health hazard.