Osteoporosis is characterized by a low bone mineral density and compromised bone strength. Many factors contribute to low bone mineral density and osteoporosis such as gender, physical inactivity, excessive alcohol consumption, loss of estrogen and nutritional factors mainly related to adequate intakes of calcium and vitamin D. In addition, several epidemiological studies have shown that the intake of milk, dairy, vegetables, fruit and protein possibly has a beneficial effect on bone health (1). 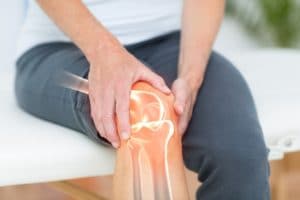 Dietary patterns have been recently applied in nutritional studies to examine the relation between diet and chronic diseases rather than focusing on individual foods and nutrients. Dietary patterns can be defined by several statistical methods, which can be distinguished as ‘a priori’ and ‘a posteriori’ methods. ‘A priori’ methods define dietary indices and scores on the basis of current nutritional knowledge of healthy or unhealthy foods. In this way, a desirable pattern is defined. Conversely, ‘a posteriori’ methods generate dietary patterns on the basis of available dietary data directly obtained from the study population. The major limit of this method is that the results obtained may be sample specific and influenced by subjective decisions. However, in the last few years, several epidemiologic studies have successfully investigated the relation between different dietary patterns derived by ‘a posteriori’ methods and fracture- or low bone mineral density (BMD) risk. The systematic review and meta-analysis of Fabiani et. al combined and evaluated these ‘a posteriori’ studies (1). This article is a summary of this review and meta-analysis (1).

The studies were conducted in several countries: studies that assessed fracture risk were conducted in Asia (China and Japan), Europe and North-America. These studies considered different fracture sites: hip fractures (5 studies), number of fractures at any site (4 studies) and all low-trauma clinical fractures excluding skull, face, hands and feet (1 study).

The studies that assessed the risk for low BMD were conducted in Asia (Korea and China, 7 studies), Australia (1 study), Mexico (1 study) and Iran (1 study).

The results of the meta-analysis are presented below.

Most of the studies that assessed fracture risk were cohort studies. In these studies, two dietary patterns were identified: the healthy pattern and the meat/western pattern. Two of the ten studies were excluded from the analysis because the reported dietary pattern could not be clearly assumed to fall into either the ‘healthy’ or ‘meat/western’ pattern. The overall analysis showed a lower fracture risk associated with the healthy pattern (- 21%) and a higher risk associated with the meat/western pattern (+ 11%).

Most of the studies that assessed the risk for low BMD had a cross-sectional design. In these studies, all three dietary patterns were identified. The healthy and the meat/western pattern were identified in all studies, while the milk/diary pattern was only identified in 7 studies. Overall, the analysis showed a lower risk for low BMD with a healthy pattern (- 18%). When stratified for age, the risk was further reduced in persons under the age of 30 (- 38%).

The meat/western pattern showed a higher risk for a low BMD (+ 22%). In older subjects this risk was even higher (+31%). No increased risk was found in younger subjects.

Finally, the milk/diary pattern showed a lower risk for a low BMD (- 41%), independent of age.