Yoghurt is a fermented milk product. Fermentation is the process that converts milk sugar (lactose) into lactic acid with the help of various lactic acid bacteria. 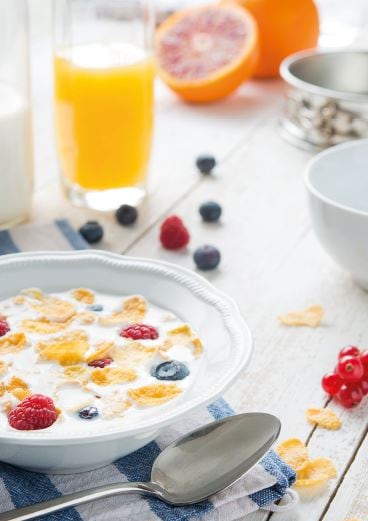 Fermented milk products were first made around 4000 years ago in order to keep milk for a longer period. Yoghurt is thought to have originated from Central Asia. Milk was kept in leather bags or wooden barrels and as a result of the presence of bacteria and the higher temperatures, the milk started to ferment. This resulted in yoghurt.

Yoghurt has a more sour taste and a thicker consistency than milk. The characteristics of the yoghurt depend on the composition of the milk, the yoghurt culture type and the temperature and length of time of fermentation. Fermented milk products will keep longer than non-fermented milk products. This is because the acid inhibits the growth of bacteria that can cause decomposition.

There is an ongoing scientific discussion about whether yoghurt is more easily digestible than milk. Of course, people with a lactose intolerance can usually digest yoghurt better than milk and this is partly due to the lower lactose content of yoghurt as well as the fact that the lactose acid bacteria present help to digest the lactose in the small intestine.