Studies have shown that several factors contribute to the development of childhood allergy, including genetics, nutrition and the environment (1). In the Far East, rapid urbanization has been linked to increased childhood allergies (2). It is estimated that the lifetime prevalence of eczema among children 6–7 years old in Hong Kong is 30.7% (3). Among children attending nurseries and kindergartens, the prevalence rate of parent-reported adverse food reactions was as high as 8.1% (1). 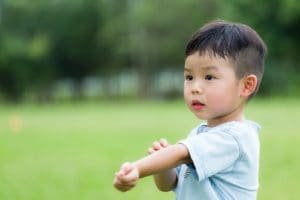 Interestingly, multiple studies have documented that the prevalence of allergy in rural areas is significantly lower compared with urban areas. A comparative analysis of schoolchildren aged 6–11 years found that the prevalence of food allergy in Hong Kong and Beijing was 3.8% and2.6%, respectively. In contrast, the study found a significantly lower food allergy prevalence in rural Beijing (0.2%; p<0.001), Guangzhou (1.8%; p<0.001) and in rural Shaoguan (0.1%, p<0.001). (4) Another study found lower asthma prevalence in rural Conghua compared to that in Hong Kong (5). It is believed that several factors that confer protection against the development of allergy in rural areas, including exposure to livestock, agricultural farming and consumption of farm milk (1,5). The very low prevalence of asthma in populations highly exposed to microbial environments, such as farm children and Amish populations, suggests that microbial diversity is necessary for a well-adapted immune and inflammatory responses. (6)

Nutrition plays a key role in maintaining the normal function of the immune system to reduce the risk of allergy. Breast milk contains the anti-inflammatory cytokines IL-10 and TGF-beta. (7) Other components of breastmilk include immunoglobulins and proteins that are affected by the diet and nutrition of the breastfeeding mother. (8)Farm milk contains IgA, IgG, IgM, TGF-beta, IL-10, lactoferrin, lactadherin, and lysozyme that contribute to the induction of adaptive immune responses, aid in overall intestinal barrier function and modulate microbiota composition. (7)Additionally, it has been shown that cow’s milk contains inhalational allergen-specific IgG to Aspergillus species, house dust mite and grass pollen. (7)

Vitamin D not only plays a role in bone health but has also been associated with less severity of eczema (9). In Hong Kong, children with eczema reportedly consumed less vitamin D, calcium and iron (10). Another study found that vitamin D deficiency was more prevalent among Hong Kong Chinese children with atopic dermatitis compared with non-allergic controls (47.8% vs. 26.6%). In the same study, low vitamin D was found to be associated with higher IgE levels and worse a topic dermatitis symptoms. (11)

Genetic variations, such as single-nucleotide polymorphisms(SNPs),have been found to be associated with allergy. A large study comparing 994 children with asthma with 1,243 non-asthmatics showed that a SNP on the 17q21 gene locus was strongly associated with childhood-onset asthma. (12)Other candidate loci have also been identified and there appears to be significant inter-ethnic differences in the epidemiology of these genetic loci. (13-14).

The human microbiome and allergy risk 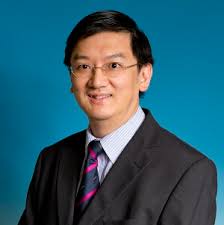 An individual’s microbiome is affected by several factors such as diet, early colonization from maternal transfer, previous infections, use of antibiotics, stress, hygiene and age. Studies have found that an imbalance in the microbiome can lead to dysregulation of the immune system, resulting to inflammation and development of disease. (15) For instance, stool samples from infants with IgE-associated eczema were found to have lower total microbial diversity compared with stools from infants without allergy (16).The lung microbiome has also been found to play a role in allergy and immunology. Compared to non-asthmatics, patients with asthma have reduced airway microbial diversity, but with greater microorganisms that are associated with inflammation. It has been proposed that regulating the lung and gut microbiome may be a potential approach to prevent and treat asthma. (17)

The development of allergy in children is multi-factorial and involves genetic, dietary and environmental factors (1).Population-based studies have shown that substantial discrepancies exist in the prevalence of allergic diseases in Asia, with higher rates in urban areas such as in Beijing and Hong Kong (4-5). Factors that may confer protection in rural areas include exposure to livestock, agricultural farming and consumption of farm milk. (1,5)

Low vitamin D consumption and serum levels are prevalent among children with eczema and were associated with disease severity (11).Genetic factors that are implicated in the risk of developing asthma include SNP in the 17q21 locus (13).There is also emerging evidence supporting the crucial roles of gut and airway microbiome in modifying the risks for asthma and allergy (16-17). Further research is needed to understand the clinical implications of these emerging data in managing allergic diseases in Asia.