Nutritional science increasingly speaks about the matrix effect of whole foods and associated with this is the milk matrix. The concept of the ‘milk matrix’ is explained in a recent publication. 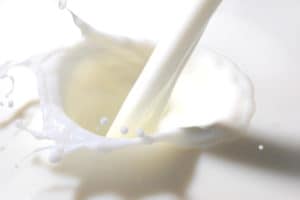 Until about 20 years ago, nutritional research was mainly concentrated on the effect of single nutrients on health. This was the traditional way of investigating the relationship between nutrients and various health outcomes which were then extrapolated to particular foods in order to define nutritional recommendations.

However, a food pattern does not consist of single nutrients, but a variety of foods. Therefore nutritional research has increasingly focused on the relationship between the consumption of whole foods and health in the past few decades. Here whole foods are regarded as a combination of various nutrients and components. Insights that a food pattern or food group can have a different effect on health indicators can be compared with the effects of single nutrients studied in isolation. Therefore, the term ‘matrix effect’ of food is sometimes used.

The publication of Thorning et al (2017) includes an example that illustrates the matrix effect of milk. Milk naturally contains protein and it is also a source of dietary calcium. As saturated fat increases the LDL cholesterol level, it is generally recommended to replace saturated fatty acids with polyunsaturated fatty acids. Therefore, it is recommended to consume semi-skimmed or skimmed dairy products. However, studies on the consumption of dairy products with different fat percentages do not show any adverse results for heart health, even though it was initially expected there would be an association with the amount of saturated fat in dairy.

The current scientific knowledge with respect to the milk matrix was discussed in a workshop attended by 18 scientists working at various universities or research institutes (Thorning et al 2017). The purpose of this workshop, held in September 2016, was to define the concept of the ‘milk matrix’ and to determine the direction for future research.

A summary and conclusions from the workshop was recently published in The American Journal of Clinical Nutrition. The expert panel concluded that the nutritional value of whole dairy products should not be considered as equal to the sum of the single nutrients in dairy. To substantiate this consensus, various publications considering the evidence for the dairy matrix are discussed: