Functional gastrointestinal disorders (FGIDs) are common in infants and young children, especially in the first few years of life. In 2016, the diagnostic criteria were changed from ROME III to ROME IV. The review of Muhardi et al. (2021) assessed the prevalence of the most frequent FGIDs in children aged 0-5 years after the introduction of the ROME IV criteria in 2016.

The review included two studies from the Middle East, three from Asia, two from the USA, three from Europe and one from Africa. About half of these studies used the updated ROME IV criteria. Three studies were based on data obtained from healthcare professionals, while the others were parent or caregiver reports.

According to the authors, this difference can be explained by the fact that the ROME IV criteria are less defined and apply to a larger age group compared to the ROME III criteria. In addition, the authors discussed that geographical differences in gut microbiota, mode of delivery and breastfeeding exclusivity could play a role, as these factors can affect the infant’s gut health. 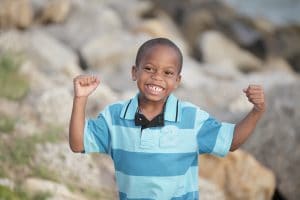 The prevalence of regurgitation in infants 0-6 months was 33.9%. Among infants aged 0-12 months, this ranged from 3.4% to 25.9%. The prevalence was similar using either the ROME IV or III criteria. Regional differences were reported in the prevalence of regurgitation: the reported prevalence in France among infants aged 6-12 months was ten times higher compared to China. According to the authors, this difference may be due to cultural influences in the perception of symptom severity in addition to genetic or feeding differences.

The authors indicated that the data obtained in this review largely varied due to differences between studies, such as the diagnostic criteria, study respondents, age group and geographical location. Next to that, most of the retrieved studies were based on parent-reported questionnaires, which could lead to an overestimation of the prevalence of FGIDs compared to diagnosis by healthcare professionals. Lastly, only a few studies have been conducted in Asia and Africa, even though these continents have a large population of children. Data from Latin America and Oceania is also lacking.