Iodine is a trace element that naturally occurs in a limited number of foods. Iodine is essential for the production of thyroid hormones. These hormones are important for metabolism, development of the nervous system and  growth (1). 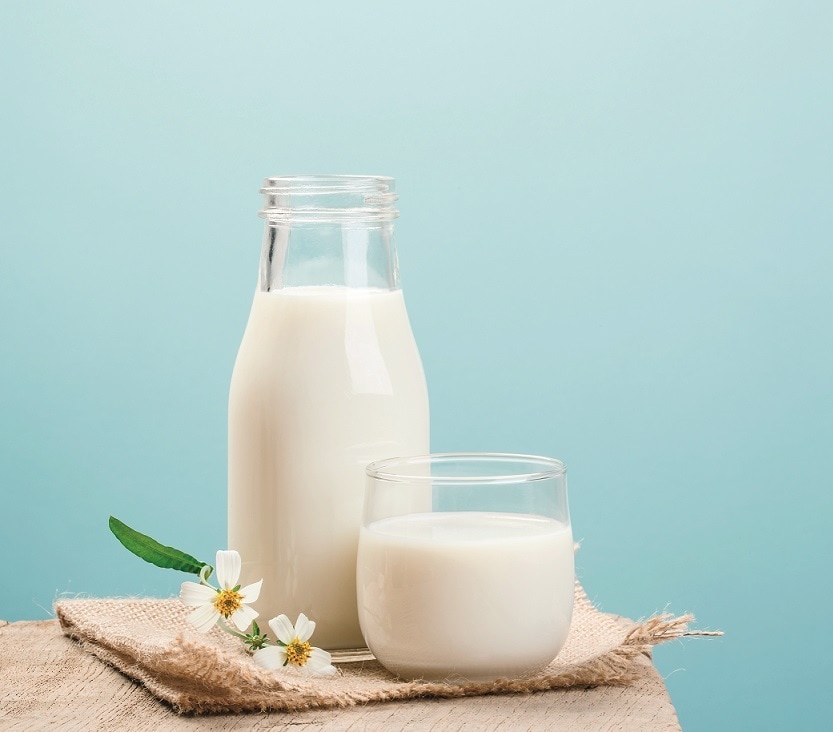 To prevent iodine deficiencies, foods are fortified with iodine in many countries. In the Netherlands, this is done by adding iodine to salt. Dairy also contributes to iodine intake. However, various factors may influence the iodine concentration in milk, for example the time of the year the milk was produced. In addition, several studies show that organic milk contains less iodine than non-organic milk and that the pasteurization or sterilization of milk may affect the iodine concentration (2).

In the Dutch Food Composition Database (NEVO), however, no distinction is made between organic and non-organic milk or the season in which the milk was produced. Additionally, the measurements were made in raw milk instead of milk available in the store. As a result, no distinction is made between pasteurized milk and sterilized milk. Therefore, the Dutch National Institute for Public Health and the Environment (RIVM) measured the iodine concentration of 16 different types of semi-skimmed milk, which are available in Dutch stores, at four different times of the year (2).

According to the Dutch Food Consumption Survey of 2012-2014, adults have an average intake of milk and (fermented) milk beverages of 198 grams per day. Based on the average iodine concentration of 15.9 per 100 grams of milk as found in this study, this would imply an average intake of 31.5 micrograms of iodine per day coming from milk (beverages). This is 21% of the adequate intake for adults set by the Dutch Health Council (150 micrograms / day) (2).